After having the Ramyun last night I decided to stick with the brand for now to give a fresh comparison.  This one came with two flavoring packs instead of one and a pack of dried veggies.  I did not see any beef and the broth had no beefy flavor to it.  Felt like a vegetable or maybe chicken/pork broth. 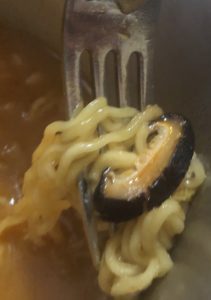 The spice level was comforting but not near the level of the Ramyun.  The veggie chunks were way bigger in comparison and a lot more of them.

I whipped out my embroidered chopsticks from shop-chopsticks.com and gave it a full try. Overall? I liked it, don’t get me wrong here, but having it so soon after its superior brother had left me wanting more.  I crave that rich beefy flavor again, that cutting bitterness.  The Ramyun gave a heat that pushed you but didn’t destroy you.  That’s a very difficult spice level to find and hit consistently.

But that’s not fair, this re-hydrated noodle bowl is good.  I don’t think it’s the $1.25 extra good, but it’s good and I’d take it over a standard dry ramen any day of the week.

Noodles were tender and not mush.  The mushrooms and garlic chunks were legit.  If you are into that sort of thing more-so than the heavy beef stock or painful heat, this is probably for you. 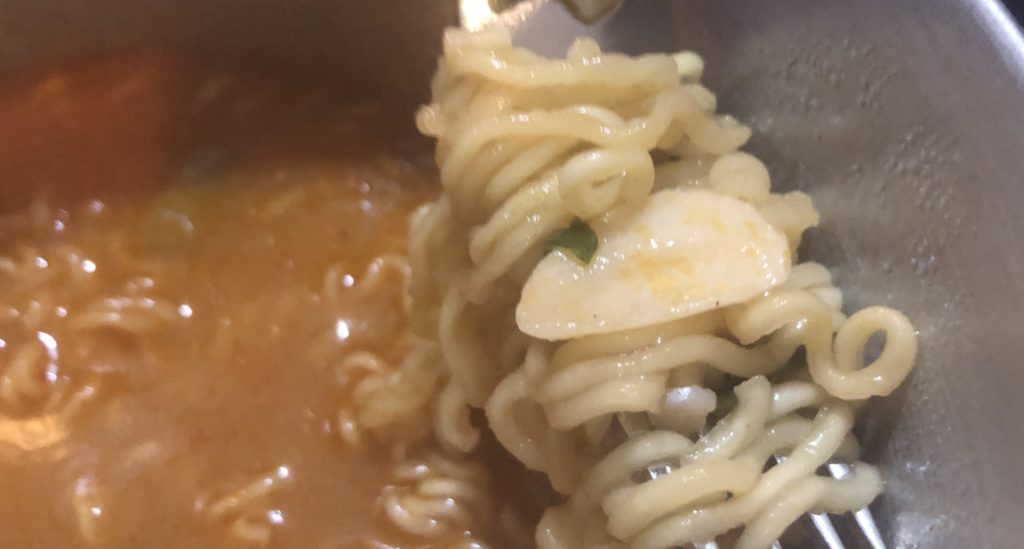